Valentine's Day presents for myself 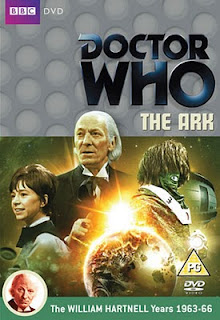 The Ark came out on DVD today. I had been eagerly awaiting this and made sure I got to Tescos to buy it first thing in the morning.

The Ark is not the most highly regarded Hartnell story, but I love it. It is really charming and the Monoids are well designed. Plus I think it is cool that all of the far future humans wear flip flops! 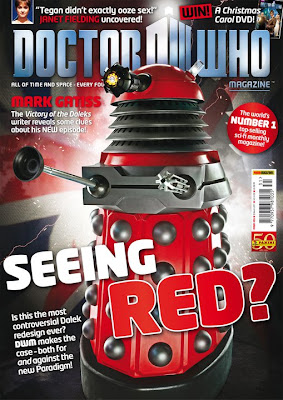 Doctor Who Magazine also reached the shelves today and I got myself a copy. I am not the biggest fan of the magazine. It's uncritical stance towards the show can be irritating and their is a tendency to focus on the actors and production team at the expense of the fictional world of Doctor Who. The new Doctor Who magazine they brought out in America sounds better, though I doubt that will be available in the UK.

Thankfully, DWM had it's format vastly improved last month. A particularly impressive new feature is A Battle of Wits.. which offers two views on a controversial topic in Doctor Who. This month sees a debate about the new Dalek design. It's a great idea, though I find it difficult to imagine them being able to condense an effective debate on some topics, such as the question of whether history is immutable in the Doctor Who universe.

I also got myself a bottle of White Port to enjoy with the The Ark.
Posted by Matthew Celestine at 02:51