The Seeds of Death 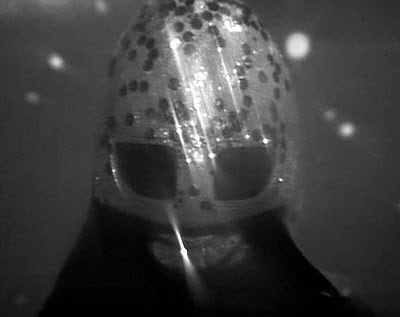 Slaar: You have dessstroyed our entire fleet!
The Doctor: You tried to destroy an entire world.

I don't get Doctor Who fans. This story is an absolute classic. It is the best surviving Troughton story. Yet for some reasons a lot of fans think it is a bit rubbish. Why? Because it is too long? Lots of stories are too long. Each episode of this story is full of action. Because it has holes in the plot? So does Pyramids of Mars. Gaping big holes. Because the 21st century costumes look silly? The costumes in Robots of Death look a bit silly too and most people seem to like that. Because the Ice Warrior Grand Marshal wears a spangly, disco helmet covered in glitter? Well, I think he looks cute. I just don't see what the problem is with this story. It is a brilliant one.

The Seeds of Death was among the first ten or so novelisations I borrowed from the library when I first got into Doctor Who back in 1990. And then to my delight, it turned out that my parents had bought me the video that Christmas. I was both surprised and delighted when I unwrapped it back in Xmas 1990. Oh memories, aren't they sweet? The BBC Video had not remastered the original recording so the sound and picture got a bit jittery towards the end. In my childhood innocence, I thought this was my fault because I paused the video too many times.

Some people seem to think that Seeds of Death is not as good as Ice Warriors. Personally, I never compare complete stories to incomplete stories. I found the Ice Warriors rather boring, but then the missing episode probably did not help.

What is so great about Seeds of Death? Well, for one thing, it contains some of the most inventive camerawork of the black and white era, such as showing the moonbase crew from the Martians point of view and the projection of numerals onto Gia Kelly's face. It also has one of the best musical scores in the history of the show. It is an highly cinematic score. At times it feels like it belongs in a Charlie Chaplin or Laurel and Hardy film.

The Seeds of Death is a base-under-siege story. Yes, the Troughton era was a bit overcrowded with those kind of stories, but this one is different. For one thing, we get the relief of more than one location. We see the concern of the Earth command centre when the moonbase is no longer in contact with earth. The Doctor does not conveniently turn up in the base-under-siege in the TARDIS (oh hello, problem with alien invaders is it?) but has to travel there in an antiquated rocket.

The premise behind the story is remarkably original. Back in the late Sixties rockets were at the cutting edge of technology and interest in space travel was at it's peak. A story about rockets and space travel being made obsolete would have been pretty radical. Given that our society no longer has much interest in space travel now, the serial may be seen as prophetic. We might wonder that governments would completely rely on one form of technology to keep the world fed and organised, but it is not beyond the realm of possibility that they could be so complacent (though how it is that only Gia Kelly understand T-Mat is another question). The moment where Eldred and the Doctor indulge in their boyish enthusiasm for rockets is beautiful and might awaken in older viewers a nostalgia for that old Dan Dare vision of space exploration. One of the things that brings this sense of the future-obsolete is the way the moonbase seems so big and deserted, filled with rooms stuffed with unused equipment.

Seeds of Death is full of fantastic supporting characters. Osgoode is not on for very long, but he is great while he is there. His look of grim defiance in the face of death is stunning. Eldred and Radnor are a great pair. There is a real sense of history between them. They are too old men whose friendship was spoiled by politics. When Kelly defies Radnor and goes to the moon, Eldred dryly comments "She's after your job, Julian." Kelly herself is great. Somebody who knows she is indispensable; cooly efficient, but rather too quick to seek somebody to blame. I love the fact that as soon as the crisis is over Eldred, Radnor and Kelly are back to the old arguments about the merits of rockets over T-Mat. Terry Scully is also brilliant as Fewsham. When he wails "I want to live!" you believe him. He is helped of course, by being blessed with a very expressive face that helps to enhance his misery. 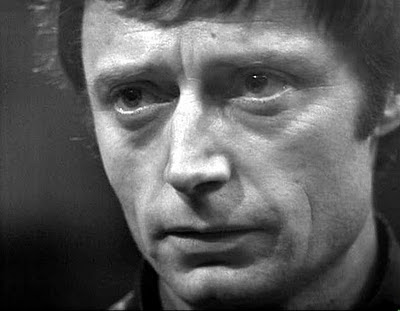 The Ice Warriors look great in black and white. The lack of colour helps to attract attention to their crustiness and makes them look especially scary. It has been suggested that with the introduction of an officer class, a 'Davros Factor' was added, reducing the impact of the ordinary Ice Warriors. I am not so sure. With Davros, you had somebody who was not a Dalek bossing the Daleks around and thus making them look stupid. Slaar, on the other hand is very much one of the Ice Warriors, despite his differing armour. Alan Bennion at times gives Slaar an hilariously camp posture, though on the whole he is pretty menacing.

The Second Doctor, Jamie and Zoe were such a brilliant team. Zoe was so cute and sassy. She is pretty useful and effective in this story. You have to feel for Jamie, however, he is patronised mercilessly through this story by both the Doctor and Jamie. Though he does get a good comeback, stating the obvious fact that they will die of thirst before they drift into orbit around the sun.

Patrick Troughton clowns around an awful lot in this story. The contrast between this and his rather more straight performance in Tomb of the Cybermen is striking. He is wonderful entertainment throughout the story, though he becomes deadly serious when he confronts Slaar towards the end. The Second Doctor was certainly the most ruthless Doctor. He was prepared to destroy the entire Martian fleet, even knowing that they were a dying race. He was no pacifist and in this story goes into action, killing Ice Warriors with his make-shift solar energy weapon.

This story definitely deserves a better reputation than it has so far received.
Posted by Matthew Celestine at 05:48