The Tomb of the Cybermen 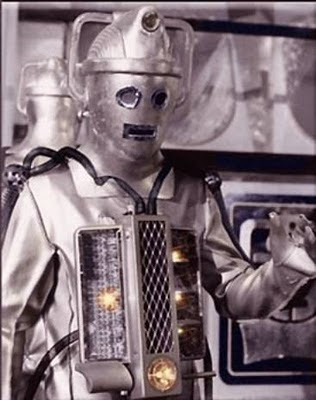 The Second Doctor, Jamie and Victoria discover the curse of the Cyberman's tomb.

There is something rather cruel about the way fan opinion has shifted on this story. At one time, Tomb of the Cybermen was spoken of with awe as the great lost story that everybody longed to see. Then it was finally discovered in Hong Kong and fans discovered that actually it was really nowhere near as good as they had imagined. In fan circles, it became cool to rubbish and demean this story. Which shows how shallow and fickle we Doctor Who fans can sometimes be. On account of this, my inclination is to be as kind and gentle to this once well-remembered story as possible.

Probably one element that added to the high expectations of the story is the title. It might be a bit of a Dr. Who cliche for stories to be the something of something, but this one is distinctive. The title raises the obvious question in the audience mind, how did the Cybermen come to be entombed and are they going to get out? It is a clever and evocative title.

Shall we get the faults with this serial over with as quickly as possible? I suppose the first thing to mention is the horrendous racial stereotyping. You have Toberman, the strong, mostly silent black servant who saves the day only out of faithfulness for his mistress (incidently, the Cybermen's rectangular mouthes rather reminds me of a Golligwog or the Black and White Minstrel Show!). Then there is Klieg, who seems to be an Israeli Jew and his accomplice, Kaftan, who is probably also intended to be Jewish. I suppose we can also mention the pathetic attempts at American accents. A good deal of the acting from the guest cast is uniformly bad, though Shirley Cooklin is not too bad as Kaftan. The characters are all cliched stereotypes. Some of the science in the story is rather dodgy. The plot is not the strongest. 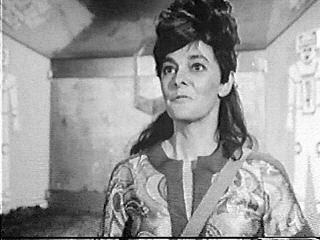 Nevertheless, for all its weaknesses this is an effective story because it has atmosphere. It is like a cheesy horror movie that still manages to scare one. There is a real sense of foreboding when the archaeologists explore the tomb. The Cybermen have real menace when they emerge from their tombs covered in slime. The Cybermen are frightening because they share with Mummies and Zombies that sense of body-horror. They are beings that were human, but are now something less than human. And they can make you into one of them. 'You belong to uzzz. You shall become like uzzz.'

For my part, I prefer the Cybermen in The Tenth Planet who were more human and less robotic. These Cybermen are still very effective with the Controller's mechanical voice and their blank expressions. The Controller' costume is great, with his oversized cranium. On the other hand, giving the Cybermen a super-intelligent leader reduces the individual Cybermen to just being heavies. In previous Cybermen, stories, the ordinary Cybermen had more menace. In the later story, The Invasion, the Cybermen came across as useless and brainless zombies. 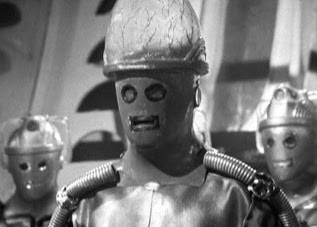 Tomb of the Cybermen is of course Victoria's first appearance as a companion proper, after her first appearance in Evil of the Daleks. Deborah Watling is not the strongest of actresses, but she endears herself in this. Victoria's reactive chemistry with Kaftan is great; she instantly picks up that Kaftan is up to no good.

Frazer Hines is fun and funny as Jamie, with his usual perfect camaderie with the Doctor. Patrick Troughton is glorious as the Doctor. You can see touches of McCoy's later dark and manipulative Doctor here. He shows great tenderness in the way he comforts Victoria and tells her of how incredible her new life can be.

Trivial point: Notice that Kaftan is wearing sandals. Once you get into the coloured era of Doctor Who, you find that characters in space or the future rarely wear sandals. Later directors seemed to think that in the future, everybody would either wear rubber ankle boots or big knee-high jackboots.
Posted by Matthew Celestine at 07:03