From the Doctor Who 1967 Annual 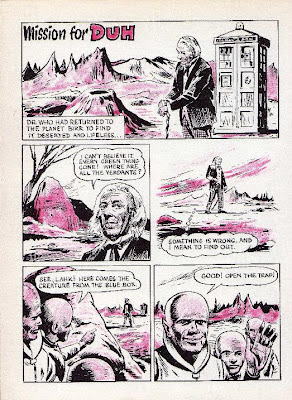 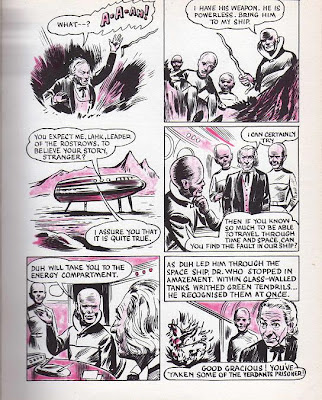 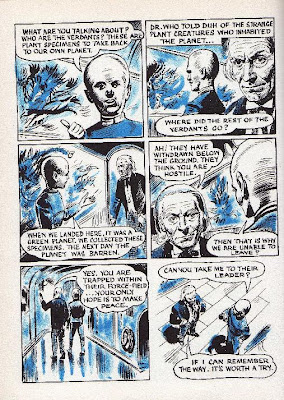 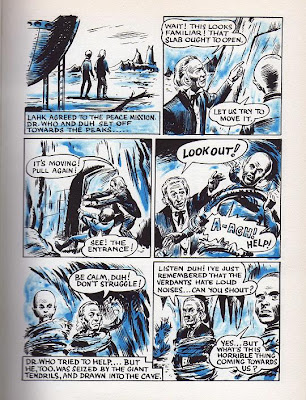 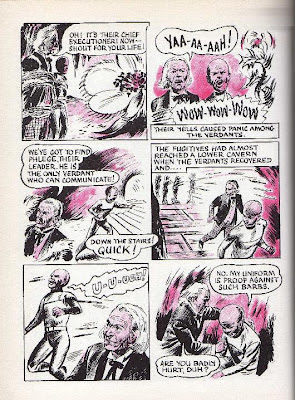 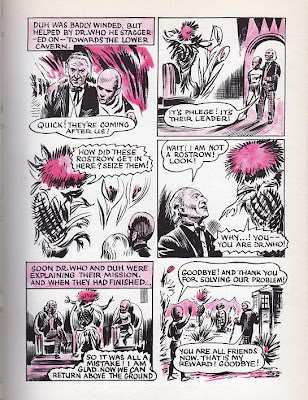 As odd as that might seem, the 1967 Annual was my first experience of Doctor Who (barring ten minutes of being terrified by Curse of Fenric). Unlike many of my school friends, I had not watched the last two seasons of Doctor Who and had no interest or knowledge of the show.

During a Cub Scout holiday in 1990, I came across a dusty old copy of the 1967 Doctor Who Annual in the youth hostel in which we were staying. I was not particularly enjoying the holiday and this strange old book was the highlight of it for me. The annual seemed like the most amazing thing ever. Being very keen on carnivorous plants, I was particularly blown away by the comic strip, Mission for Duh. This relic of another era sold me on Doctor Who. It was 1990 and the show was cancelled, but I began reading Target novelization after Target novelization.

Mission for Duh might have really shoddy artwork, but it's such a lovely piece of Sixties kitsch. I love 'throwaway' stories like this and I resent anyone who tries to exclude them from the canon of Doctor Who. It's wonderful to think that Dr. Who had all kinds of adventures that never made it to the screen. The planet Birr and its Verdant inhabitants may never get mentioned outside of the 1967 Annual, but in my mind their part of the Doctor Who universe.

Stories like these raise interesting questions of continuity. In Mission for Duh and the rest of the stories in the annual, the First Doctor is travelling on his own. This is hard to fit into the apparently seamless narrative of the First Doctor televised stories. However, there are a number of places where it could fit. It could be set in between The Dalek Masterplan and The Massacre after the First Doctor has left the Death Zone in The Five Doctors. Alternatively, it could be set during The War Machines, before the Doctor returns to collect Dodo. The TV Comic stories featuring John and Gillian would also take place during this unseen gap.

Posted by Matthew Celestine at 10:48