The Seventh Doctor and Mel get tangled up in two parallel timelines.

On the whole, Big Finish has something of a 'Trad' tendency, attempting to recreate the feel of televised Doctor Who, rather than push the boundaries of the Who panorama. We get an awful lot of very old fashioned Dr. Who stories with monsters and returning characters. Big Finish have done a few experimental stories like this peculiar piece.

Flip Flop is a two-disc audio play that offers two different narratives. There is no need to listen to the two discs in any particular order. In a postmodern spirit, neither of the two versions of the story has any claim to be the more 'correct' or 'proper' version.

Flip Flop is a story about the mechanics of time being changed, a theme that was dealt with very little in televised Who or in the New Adventure novels. We get to compare too quite different versions of the history of a planet.

Flip Flop is a fun story to listen to and the writer must be given credit for pulling off such a difficult narrative concept. On the negative side, there is an awful lot of running around and getting frantic. There is also a lack of resolution. We all like stories where there is a definitive conclusion to the narrative and this is impossible for this kind of story.

Making this a Seventh Doctor/ Mel story was an excellent choice. It was in Season 24 that Dr. Who began to take a more experimental, off-the-wall direction (sadly coming to a close in Season 26). It was wonderful to hear Sylvester McCoy and Bonnie Langford perform together again. Whatever critics say, I absolutely adore the much maligned Season 24. I can't help feeling, however, that Bonnie on audio does not quite come across as the surreal character that appeared onscreen (she comes much closer in the Colin Baker audio, The One Doctor). Bonnie does give us an hilarious reversal of her classic line about being "as honest and truthful, and about as boring as they come." This reversal is a real gem.

The alien Slithergees are a marvellous creation, constantly heaping self-pity on the humans and using manipulation to dominate. It is hilarious how often the Slithergee leader utters the pathetic line "I am a poor, blind Slithergee." It is unusual for a Seventh Doctor story to go right-wing and attack politically-correct values. This story is clearly hitting out at lobbies that defend the rights of the disabled and ethnic minorities (not necessarily a line I would want to take, though I am a Tory). Seventh Doctor stories have tended to be far more left-liberal than this.


As somebody whose favorite footwear is flip flops, it is a bit disappointing that nobody in the story wears them. 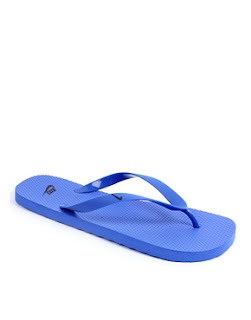 Posted by Matthew Celestine at 05:39