"Blimey! Look at him! He ain't normal!"
Animated recon courtesy of DrWhoAnimator.
I read the novelization of this when I was nine or ten years old. It was the hardback edition from WH Allen. The local library had a whole collection of these hardback Doctor Who novels with beautiful covers. It made a huge impression on me and I thoroughly enjoyed it. Many years later I was to discover that The Underwater Menace is considered one of the worst Doctor Who serials ever, a reputation which I think is entirely undeserved.
Lawrence Miles and Tat Wood point out in About Time that this is the Doctor Who story that comes closest to what was going on in the 60s TV Comic strip, with lots of insane plots, a cranky Second Doctor and mad scientists. The resemblance is even stronger when we notice that the Doctor signs his name as Dr. W, providing yet more confirmation that he really is called Dr. Who. Perhaps my affection for the TV Comic helps to make me sympathetic to this story or just my fond memories of the Target novel.
In many ways The Underwater Menace is cartoonish and silly. It's plot is utterly ludicrous, it has many derivative elements and the most outrageous mad scientist ever. Yet so much science fiction really is like this. You can find elements of this story in Jules Vernes and H. Rider Haggard. There are plenty of B-Movies that are pretty similar to this serial, the sort they always show at 2:00 PM. I really do not see how The Underwater Menace is really all that sillier than Invasion of the Dinosaurs (possibly the most bonkers Doctor Who plot ever) or even The Green Death (toxic sludge that makes maggots become bullet proof). 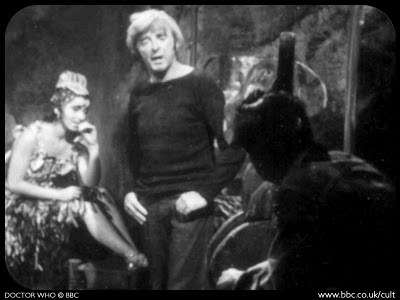 The plot is full of holes and is a bit of a runaround, with lots of getting captured and escaping again (hardly unique in Doctor Who). It is full of action, however. It is not a story that will send one to sleep. It's difficult to judge the quality of the final scenes of Atlantis being flooded, but you can't fault the ambition displayed. The surviving episode reveals some really horrible direction and some appallingly sloppy fight scenes. On the other hand, the scene at the end of episode one, with Polly menaced by surgeons about to turn her into a Fish Person is quite chilling and effective. 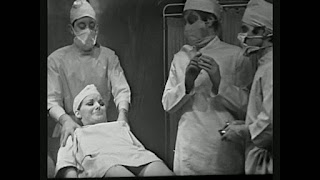 It might be supposed that the Fish People have been thrown in just because somebody thought the story needed a monster. They are, however, quite interesting visually, especially with their balletic swimming. The concept behind them is very reminiscent of the Cybermen, as is their appearance. The notion of being surgically altered is quite a frightening one and is captured quite well here. 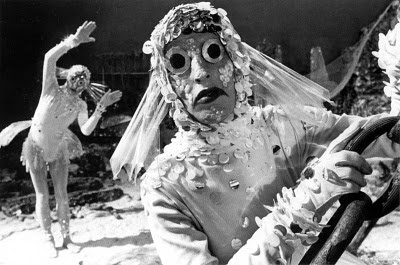 It is not just the Fish People that look good; most of the sets are very well designed, despite being pathetically small. There is a real sense of a distinct and alien world, a bit like what we got in Gerry Anderson's Stingray show. The costumes are also very creative and make a strong visual impact. Polly looks glorious after replacing her hospital gown with an Atlantean seashell dress! The musical score is also very atmospheric, with the spooky organ music giving it a really dark mood.
Professor Zaroff is certainly the most bonkers of bonkers Teutonic scientists. Can anyone believe that somebody would attempt to destroy the world just for the sake of doing it? You might have thought that turning people into fish was a big enough achievement in itself. It is as though a character from a children's' cartoon had suddenly been given an extra dimension. That said, he is awfully entertaining. You can't watch it without all joining in with the immortal line "Nothink in ze vurld can stop me now!" It's not like we haven't recently seen any motiveless camp villains on Doctor Who recently. Anybody who dismisses The Underwater Menace while praising episodes featuring the eyepatch-wearing Kovarian is an hypocrite. The servant girl Ara, played by Catherine Howe, was a pretty good non-regular character. She had the potential to become a companion (probably a better one than Victoria), though with three companions on the TARDIS at this point that was not going to happen. 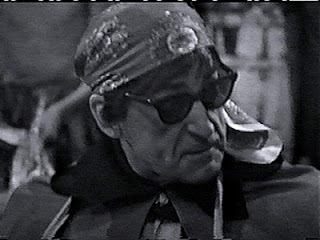 Troughton is great as Dr. Who in this story. He is so wild and eccentric and he looks hilarious in his gypsy outfit. I really wish writers had continued to have Dr. Who dressing up in disguises as the Second Doctor was prone to do at this stage. There is something delightfully anarchic about the Second Doctor in Season 4 that was lost in the next two seasons. 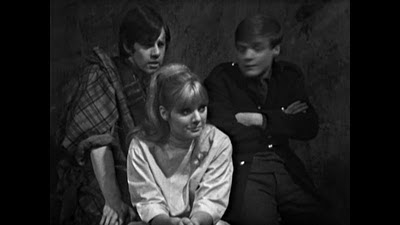 Ben is fantastic in this story, along with The Macra Terror (where he becomes a Daily Mail reading fascist) he is at his best. Polly does not fare so well and does an awful lot of whimpering. It's remarkable how Polly alternates so frequently between being plucky and resourceful to being completely pathetic. Still, being threatened with monstrous surgery must be pretty traumatic. Jamie fails to make much impact in his first story as companion proper, but it's always tricky for writers to manage three companions. 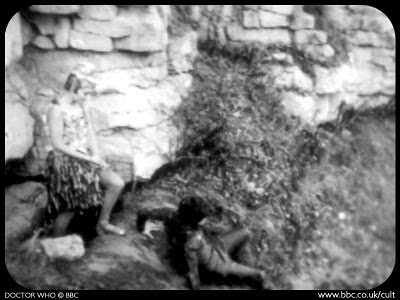 Anybody who likes Indiana Jones or James Bond films ought to be able to recognise the entertainment value of The Underwater Menace. To my mind this is much more fun than The Moonbase or The Ice Warriors. Season 4 is definitely the most interesting phase of the Troughton era. It is such a shame that fun stuff like this was replaced by routine stories about returning monsters and bases under siege.
Posted by Matthew Celestine at 07:11