The Bells of St John 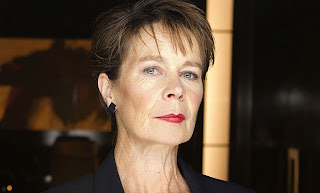 Is Moffat actually trying any more? What struck me about this story is how little one can really say about it. It is simply so generic and formulaic and so built on standard Moffat tropes that there is simply nothing of any real interest to say.

We see the unfortunate return here of the techno-menace gimmick. The idea that a piece of common place technology has a sinister purpose has been used rather a lot in the BBC Wales series. The problem with this trope is the inherent techno-phobia in it. There is nothing about wi-fi technology that is morally questionable and there is nothing about it that raises interesting intellectual dilemmas. Thus, making it a plot element is utterly uninspiring. It is gimmicky and gives the impression that the writer is afraid of the internet.

The lack of any moral complexity is seen furthermore when the villain, Miss Kizlet turns out to have been under some form of possession or mind control. While her transformation from a terrifying villain to a frightened child was dramatically impressive, it removed the need for her character to have any human motivation that could be explored. There has been a lack of any interesting human villains in the series of late and the discovery that Kizlet was somehow possessed came as a big disappointment.


The big event of this story is the arrival of Clara as a companion proper. Clara is the dream companion for a lazy writer like Moffat. This is her third appearance, yet she is essentially three different characters with a vaguely similar personality. There is no need for the writer to make any attempt to give her a real personality beyond being flighty, cute and sexy. Is anybody really interested in the mystery of who she is?


I really struggled to follow this story. It was so fast and not a little confusing. It does not help that much of the dialogue is easily drowned out by the loud score. One thing that certainly surprised me was that given the difficulty of squeezing the plot into forty-five minutes, so much filler material was included. What was the point of the medieval monastery scenes? What did they actually add? Why the aeroplane scene? That time could have been more effectively used fleshing out the plot.


This episode offered plenty of action and a few funny lines, but nothing more.