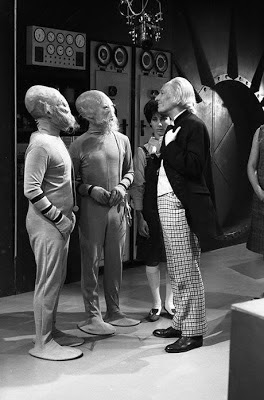 So you think The Sensorites is a bit boring?

Just imagine if The Sensorites had been made in Season 5.

The Sensorites would be another bunch of evil alien monsters, except with psychic powers. We would spend six episodes running around that tiny spaceship with the Sensorites trying to turn the crew into zombies, until Dr. Who finds a way to blow them up.

Does that sound better or worse than the Season 1 story?
Posted by Matthew Celestine at 02:45