The Name of the Doctor 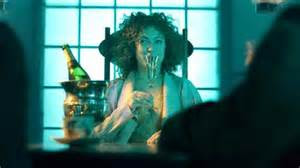 Moffat offers yet more fuel for the claim that he is ripping off Lawrence Miles. In this episode he evokes both Alien Bodies with the future death of Dr. Who and Interference, with Dr. Who's past being rewritten. Ironically, it seems likely that the new John Hurt Doctor will be a very similar character to the Grandfather Paradox Doctor in The Ancestor Cell, but we will have to wait and see.

After this episode, Moffat deserves every accusation of sexism that STFU Moffat can throw at him. His objectification of women sinks to new lows as we discover that Clara was created for the sole purpose of saving the Doctor. She actually has no real independent existence in her own right but exists only to meet the needs of the male protagonist. It is as though Moffat thought to himself, "Those people who write STFU Moffat think I'm sexist, do they? Well they ain't seen nothing yet!" It seriously stinks.

As far as the story goes, there is not a lot to it. One of the worst things about current Doctor Who is that it is boring. I found myself continually pausing Iplayer to check my emails. Aside from the revelation about the Hurt Doctor, there is nothing of any real interest. The revelation about Clara is more depressing than interesting.

The Name of the Doctor makes much of the idea that the Doctor has lots of secrets that he is guarding. It seems an odd idea really. We have always known that the Doctor has lots of mysteries that he seldom shares. Nevertheless, he has never shown much concern about guarding them or that they have any cosmic consequence. When Lady Peinforte threatened to reveal his name, he did not seem to care. We all know that his name is Dr. Who anyway. 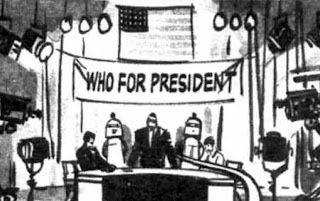 I have said before that these big epic season finales which threaten cosmic doom are getting mundane. There is nothing exciting about the very fabric of time and space being threatened if it happens at every season finale.

This episode echoes Lawrence Miles on a superficial level, but ultimately it demonstrates how Miles understood what Doctor Who is about and Moffat does not. Miles has criticised the tendency of the show to fetishise the Doctor. This episode is possibly the most glaring example of this tendency, along with the other Moffat season finales. We are shown the universe being in terrible peril and the only thing that stands between the destruction of everything is Dr. Who and his flirty pixie girl sidekick. The universe begins and ends with the demented bloke in the bowtie. The result of this is to make the universe seem small, pathetic and ultimately dull. This is exactly the opposite of what Doctor Who should be about. This is what 'Mad Larry' understood and what the people writing Doctor Who fail to understand. Doctor Who should be about exploring how big and wonderful and amazing the universe is, not turning it into a tiny fragile thing that depends on the Doctor to save it. That is why I stand by my opinion that The Rings of Akhaten, for all its faults, is the best and the only really decent Doctor Who story this season.

Posted by Matthew Celestine at 08:26