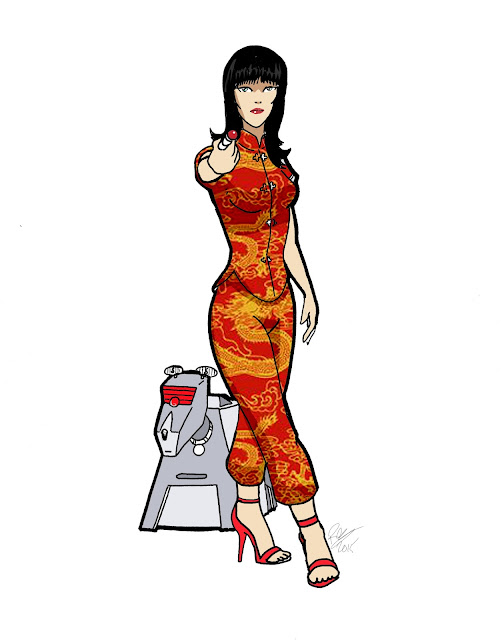 I asked Inspector97 to draw this picture of Romana III with K9.

There is disagreement among fans about whether the Romana III voiced by Juliet Landau in the Big Fish audios is the same character as the ruthless Romana III in the BBC books. I would argue that they are the same incarnation. Hence, I asked the artist to give her an outfit inspired by the BBC books.

Posted by Matthew Celestine at 04:42