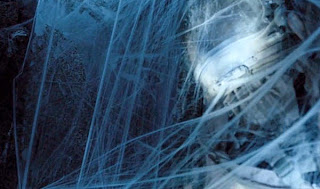 You know what, yesterday I was outside an abortion clinic, taking part in a prayer vigil. You might expect me to like this episode on the basis of my strongly pro-life stance, but I didn't.

I actually don't think this story is deliberately meant to be about abortion. The abortion implications were on the same level as the unintentional but still quite shocking racism of the previous episode. The compassion for the space dragon was the same sentimentality bestowed upon that dinosaur in Deep Breath. This is about not being mean to cute animals. I very much doubt that Guardian-reading Clara cares in the slightest about abortion. She's probably one of those people who will be outraged at cruelty to animals, while approving of the legalised murder of unborn children. I did not feel admiration for the writers for accidentally touching on an issue I care about, but rather contempt for the moral clumsiness of it.

This really does feel like a clumsy story. As with A Town called Mercy, building a plot around a moral dilemma always feels a bit cold and artificial. The decision of Dr. Who to step outside the dilemma was interesting, but felt odd given he had never done such a thing before. This just feels like a way to set up the big argument between Clara and Dr. Who at the end. What is more, that the egg turns out to open harmlessly feels like an unconvincing and unsatisfying resolution.

All that talk about whether to say Courtney is 'special' seems a bit odd. I rather thought describing people as 'special' was meaningless and banal. I would imagine most teenagers would feel patronized by being called 'special.' I do find it interesting how the current show handles a teenage character. In the classic series, teenage companions were just treated as immature adults. Courtney is treated as a child who has to be protected. I'd quite like to see a teenager as a regular companion, but Courtney is a bit too whingey and cliched to be entertaining.

The most irritating aspect of the episode was the scientific howlers. How did the moon gain mass? The mass had to come from somewhere. How did a newborn creature lay an egg that was the same size as that it had just hatched from? Doctor Who often has wonky science, but howlers like that cannot be excused.

I think the idea of monster spiders on the moon is a pretty cool one. However, it seems just a little odd that over-sized singular celled lifeforms would look like spiders and even more surprising that they should spin cobwebs.

This was a really odd episode and not one that I enjoyed very much.
Posted by Matthew Celestine at 07:32