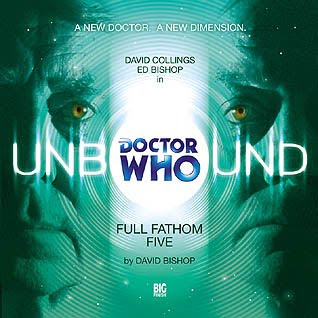 What if the Doctor was a ruthless and cold-blooded swine?

This full-cast audioplay is part of Big Finish's Unbound Adventures series, a set of stories imagining the Doctor Who universe with key canonical notions rejected. This play portrays a Doctor who is prepared to commit cold-blooded murder to achieve his ends.

Part of the thunder of this story is stolen by the fact that the Doctor's ethics have never really been shown to be consistent. The First Doctor lied to his companions in The Daleks and endangered their lives (and then manipulated the Thals to risk their lives to rectify the situation). The Second Doctor wiped out the Macra (after Gridlock we all know the Macra were alien colonialists, but this was never established back then) as well as jumping for joy after blowing up the two Dominators. The Third Doctor aspired to pacifism, but did not seem to have too much difficulty killing alien monsters. The Fourth Doctor kills Solon with poison gas and threatens to blow himself up along with Davros (and allows two human slaves to get killed before releasing Davros). The Sixth Doctor happily dealt out death and violence, accompanied by James Bond style quips. The Seventh Doctor arranged the total destruction of Skaro and shamelessly manipulated Ace. I have absolutely no idea how that stupid Dalek in The Big Bang thought the Doctor would offer it mercy. So the Doctor already seems to believe the end justifies the means. Not that it bothers me too much. I find the pacifist sentiments of thr Third Doctor rather cloying and a bit hypocritical. But then I am a Pertwee-hating McCoy fan.

Full Fathom Five is an exciting drama that will entertain any Dr. Who fan, even if it is a little short. A longer story might have given us a better feel for this strange new Doctor. It might also have cleared up whether the brutality of the Full Fathom Five Doctor is part of his normal personality or a result of this being a later regeneration.

I have to say that the impression I get of this Doctor is that of his being incompetent and second-rate. He has botched a situation with the result of his being stuck on earth. He fails to stop Ruth accompanying him. Most importantly, he sees killing people not as a last resort, but as an only resort. So this new biological technology endangers the human race. Is killing everybody who knows about it really the only way to stop it? Is killing Ruth really the only way to ensure her silence? There is an incredible narrowness to this Doctor's methodology. Worst of all, it is implied that he meets his end at the hands of a girl and a mutant. The Doctor has survived the traps and gloating of Daleks, Cybermen, the Master, mad scientists and Fu Manchu-types. Could he really be defeated that easily. I can't remember the strategy of killing the Doctor every time he regenerates mentioned in any other story. If this is so easy, it is an obvious weakness with the process of regeneration. The Christmas Invasion seems to suggest that this is not so easy; the post-regenerative Tenth Doctor possesses superhuman ability and can regrow a limb. 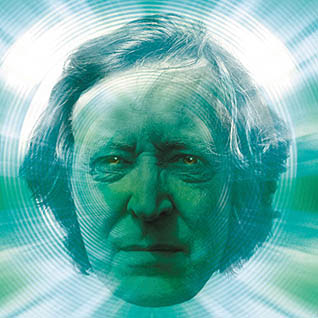 The Full Fathom Five Doctor is redeemed by David Collings' brilliant performance. He really comes across as vitally Doctorish and brings to life this mysterious character. Despite the seeming incompetence of this Doctor, I do feel like I want to see more of him. I want to see how he would deal with other Doctorish situations.

Collings' brilliant portrayal is supported by a good cast. Particularly notable is Siri O'Neal as the Doctor's earthbound companion, Ruth.

Like the New Adventures, this is for people who like Doctor Who bleak and gritty.
Posted by Matthew Celestine at 05:05