A Guide to Lovecraftian Themes in Doctor Who 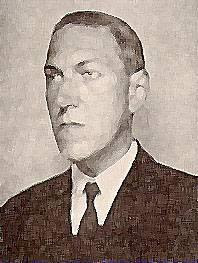 H.P. Lovecraft (1880-1937) was an American writer who wrote short horror and science fiction stories, mostly for magazines. He was pretty obscure in his day, but has gathered a large cult following. He is best known for a loose canon of connected stories known as the Cthulhu Mythos.

I got into Lovecraft a few years ago. While I read his books, I felt a strange feeling of de ja vu. I realised that they reminded me of various Doctor Who stories. This lead me to return to my childhood enthusiasm for Doctor Who.

I don't know how familiar the writers of Doctor Who were with Lovecraft's work, but there is often a striking familiarity of theme between Doctor Who and Lovecraft's horrific fiction.

The New Adventure novels made very explicit references to the Cthulhu mythos, even going so far as to identify particular beings in the Whoniverse as equivalents of the Old Ones, the alien deities in Lovecraft's universe. According to the novel, Millennial Rites, the Old Ones are the Time Lord's of the universe that existed before the current universe and posess incredible power.

Lost alien civilizations are the key theme of Lovecraft's At the Mountains of Madness. He also liked describing strange, ethereal cities. The Daleks features the unearthly metal city of the Daleks.

We only get a brief glimpse of the creature within the Dalek's metal casings, but it is clearly a typically Lovecraftian Slimy Tentacled Horror.


The Keys of Marinus

The TARDIS crew enter a city controlled by tentacled brains.

The animus is identified as the Old One, Lloigor in the New Adventure, All Consuming Fire. It posesses incredible power and is a Slimy Tentacled Horror.

The Menoptera have abandoned Vortis, giving us a Lost Civilization.

Aridus is populated by creatures that used to be aquatic when it was covered in oceans. These include Slimy Tentacled Horrors.

The Mechanoids live in a strange, ethereal city made of metal.

An important element in Lovecraft's writing is the notion that mankind is insignificant in its place within the cosmos and powerless before a range of unknowable cosmic powers.

Katarina considers the Doctor to be a god within her mythology. She calls the Dalek's 'evil ones'. When the ancient Egyptian soldiers encounter the Daleks, they describe them as 'evil gods.'

The entire earth is threatened by the return of the planet Mondas and its Cyberman inhabitants.

Mondas was known on earth in the distant past.

Features the mythical lost city of Atlantis. It also features humans that have been turned into fish people that are rather like Lovecraft's Deep Ones.


The Tomb of the Cybermen

The evil of the Cybermen is buried in a lost tomb on Telos.


The Abominable Snowman/ Web of Fear

The alien entity, the Great Intelligence is identified in All Consuming Fire as the Old One Yog-Sothoth, mentioned in many of Lovecraft's works.

Like the Elder Things of At the Mountains of Madness, the reptilian Ice Warriors have been buried under ice for a long time.

The Dominators want to turn Dulkiss into a source of fuel, caring nothing for its inhabitants.

The humanoid Gond regard the alien Krotons as gods, or at least something close to that status. The Gond are simply slaves and pawns for the Krotons.


Spearhead From Space/ Terror of the Autons

The earth is threatened by terrible forces from outer space, namely the Nestenes (and the Master in Terror of the Autons).

The Nestenes are identified in All Consuming Fire as the children of Shub Niggurath, an Old One from the Cthulhu Mythos. When the Nestene appears in material form it is a tentacled creature.


Doctor Who and the Silurians

Lovecraft describes a lost city of intelligent reptiles in The Nameless City. In this story, the Doctor encounters a lost reptilian civilization from prehistoric times.

Humanity is threatened by the revelation that it is not the first intelligent life-form to inhabit the earth.


The Ambassadors of Death

The earth is threatened by a largely unseen and mysterious alien race.


The Claws of Axos

Although the powerful Axos creatures are Slimy Tentacled Horrors, they masquerade as angelic beings.

Features the lost civilization of Atlantis and a being from Greek mythology called Kronos.

Doctor Who does not get more Lovecraftian than this story. Azal is a demonic and godlike being from the ancient past. He is identified with various mythological beings. He is worshipped by Satanic cults.

Another lost reptilian civilization from earth's prehistoric past. This lot are from under the sea.

Omega, once a Time Lord wields godlike power in his antimatter realm. His Gel Guards remind me of the Shoggoths in At the Mountains of Madness.

The people of the Medieval England is unaware of its place within a vast panorama of intergalactic warfare.


Planet of the Spiders

A strange Buddhist cult summons up strange demonic spiders from another time and planet. The queen of these spiders is called the Great One and posesses godlike power.


Terror of the Zygons

The presence Zygons have affected the mythology of the Loch Ness area. They are slimy aquatic creatures and can disguise themselves as humans, like the Migo in Lovecraft's Whisperer in Darkness.

A very Lovecraftian story. Sutekh is an alien who posesses godlike powers. He regards humans as worthless and intends to destroy all life on earth. He and his fellow Osirians have entered Egyptian mythology. Sutekh is worshipped by some humans.


The Brain of Morbius

Morbius is an evil Time Lord from ancient Gallifrey. He has a cult-like following.

Like the Elder Things of At the Mountains of Madness, the Krynoid is buried under ice. This story is influenced by The Thing, by John Campbell, which was probably inspired by Lovecraft's antarctic tale.

Lovecraft had some vegetable monsters, his Migo are fungus creatures (despite also being crab-like) and his Elder Things have vegetable qualities.


The Masque of Mandragora

The Mandragora Helix is a strange alient intelligence that takes over the cult of the ancient god Demnos.

Human science in this story is shown to be utterly ignorant of the bizarre wonders of the Whoniverse.


The Hand of Fear

The alien Eldrad of Kastria survived only as an apparently fossilised hand; buried for long ages on earth.

The civilization of Kastria has been completely destroyed some time in the past.

The jellyfishlike Rutan is typically Lovecraftian in appearance.

The earth is in danger of getting caught in the crossfire of the ancient Rutan-Sontaran conflict.


Image of the Fendahl

Another very Lovecraftian story. The Fendahl gestalt creature is almost a kind of god of death. It is worshipped by a secret cult. The planet of Fendahl was destroyed by the Time Lords in the distant past. The Fendahl played some role in the evolution of humanity.

The Doctor is given a quest by the godlike White Guardian and is warned to beware of his opposite number, the Black Guardian.

The people of Ribos are utterly ignorant of the vastness of the cosmos.

Whole worlds and their populations have been consumed by the pirate planet Xanak.


The Stones of Blood

The alien Cessair of Diplos impersonated a goddess from Celtic mythology. She is worshipped by a Druidic cult.


The Power of Kroll

The giant squid, Kroll, worshipped by the Delta Magnan natives reminds me a lot of Cthulhu.

The alien Jaggaroth created life on earth by accident, very much like the Elder Things of At the Mountains of Madness. The Jaggaroth appears to have entered Egyptian mythology.


The Creature from the Pit

The creature in the pit appears to be a Slimy Tentacled Horror, though it turns out to be friendly.

A gang of extradimensional entities moving from planet to planet, starting cults.

The Marshmen are a bit like Lovecraft's Deep Ones. It turns out the Alzarians have evolved from the Marshmen. I can hear echoes of Shadow Over Innsmouth.

A cult of vampires worshipping the Ancient One, an evil creature that threatened the Time Lords in their dark time.

Features a demonic being called the Mara. In Snakedance, this is shown to play a role in the mythology of the planet Manussa.

The slug-like Gastropods were sent by the gods, according to the mythology of Joconda.


Remembrance of the Daleks/ Silver Nemesis

The earh is caught up in vast cosmic events.


Greatest Show in the Galaxy

The Gods of Ragnarok are identified as Old Ones in All-Consuming Fire. The Doctor has fought them across time and space (perhaps he means the Old Ones in general). Perhaps the Celestial Toymaker is one. The novel Conundrum states that the Land of Fiction in the Mind Robber was created by the Gods of Ragnarok.

The earth is caught up in events from beyond this universe. The Arthurian legends are of extra-dimensional origin. Morgaine summons up a demon, The Destroyer, who eats worlds.

The evil god Fenric is identified as the Mythos deity Hastur in All-Consuming Fire.

Ace finds out that major events in her life have been manipulated by Fenric. 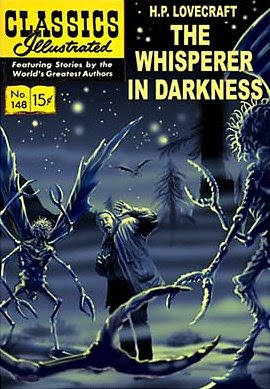 Posted by Matthew Celestine at 10:21