The First Doctor steals the 'Time Destructor' from the Daleks and they chase him across the universe.

They don't make them like this anymore. In fact, there is no other Doctor Who story quite like this one.

Sadly, a good deal of the Dalek Masterplan has been lost and so we are reliant on the Telesnaps reconstruction. The story carries across quite well with this reconstruction.

It is pretty incredible that the production team would attempt a twelve episode story. Even more ambititous is the use of different settings. The recreation of ancient Egypt is particularly incredible.

The narrative is a little uninspired. It is basically a long-winded chase across the universe. It follows on from the peculiar doctorless story, Mission to the Unknown in the jungles of Kembel. Personally, I feel the Time Destructor is a typical dull mcguffin, but this is Doctor Who.

The Daleks are used very well. They are treacherous, gradually killing off the alien represenatavies on the Galactic Council. In a Lovecraftian move, they are identified as evil gods, by both Katarina and the ancient Egyptians.

The various alien beings on the Galactic Council are impressive. It adds a nice variety to the story. It does seem odd though, that the Daleks have gathered them, yet are happy to kill them off one by one. Apart from Mavic Chen who obtains the Taranium, what purpose do they serve? They also seem rather naieve to put themselves in the hands of the Daleks without considering the possibility of betrayal. Not the typical behaviour of dictators.

The story has a rather high body count for an Hartnell story. It is remarkable to see two short-lived companions, Katarina and Sarah Kingdom both die.

I think it is a shame that Katarina was dispensed with so quickly. The writers lacked the imagination to use a character from the distant past. Later in the show, they would successfully use Jamie from the 18th century and Victoria from the 19th, as well as Leela from a primitive culture in the future. It could have worked with Katarina. That said, Adrienne Hill's performance is not particularly confident. 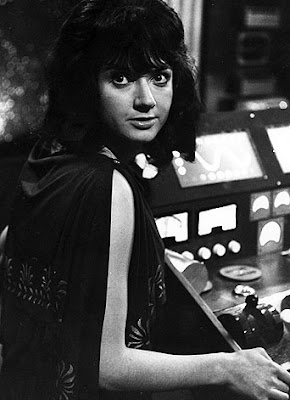 Katarina's interpretation of the Doctor is interesting. She believes he is a god and his TARDIS a temple. In later years, writers would tease us with the idea of the Doctor as a god-like figure. She also sees him not as a wanderer, but having a definite direction in a 'place of perfection.' Her death has real pathos.

It is strange, but still wonderful, to see Nicholas Courtney putting in an early performance as the security agent Bret. His death, killed by his own sister is also deeply sad.

I think it very regrettable that Sarah Kingdom is killed off in this story. Jean Marsh really was glorious as the tough, female agent. I can imagine the First Doctor using her as a strong-arm woman in a similar way to how the Fourth Doctor used Leela. This would be even more in keeping with the much more violent and bellicose First Doctor. Given that her death was planned, it seems somewhat inappropriate for her to be used in the slapstick comedy of the Feast of Stephen. She was clearly being treated as a regular, rather than a guest.

The character of Mavic Chen really brings something special to The Daleks' Masterplan. He is a bit of a Fu Manchu stereotype, but is quite distinct. It is great to watch his arrogant failure to realise how far he is pushing the Daleks. His sinister henchman, Karlton is also fun to watch.

The Christmas special episode, The Feast of Stephen is utterly stupid. William Hartnell's addressing the audience with a Christmas greeting is probably the most embarassing moment in Doctor Who ever. The idea of a Christmas special seems to have impressed Russell T Davies though.

The return of the Meddling Monk is much needed as the story begins to drag. Peter Butterworth does a great job with him. I thought he looked so cool in his sunglasses. Pity he did not return to attempt his revenage on the Doctor.
Posted by Matthew Celestine at 08:26