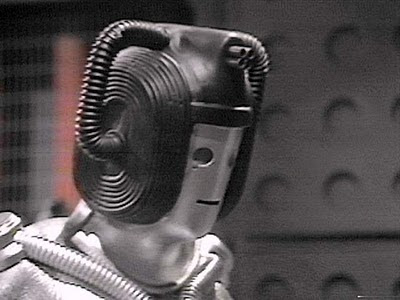 Tom Baker's first season! Tom Baker is recognisable to the world as THE Doctor, but he does not quite settle into the role until Genesis of the Daleks. Nevertheless, it is apparent from the start that he is a big improvement on Pertwee. What Baker had that Pertwee always lacked was a truly alien quality. The Third Doctor might tell us that he was from the planet Gallifrey, but this was just scripted dialogue. When the Baker Doctor revealed his alien nature, you really could believe that this man was from an alien planet!

Despite Pertwee's departure, Sarah Jane Smith remains in the role of companion. Elisabeth Sladen's performances are rather mixed in this season. She is strong in the first two stories of the season, but becomes a bit wet in the next three. Sarah is joined by the first male companion since Jamie, Harry Sullivan. Sullivan was definitely one of the most likable people to ever travel in the TARDIS. He was so at ease with himself and had such a pleasent manner. As somebody with Dyspraxia, also known as 'clumsy child syndrome, I can identify with his awkwardness and apparent stupidity.

Strangely, Barry Letts continued as producer for the first story. Hence, we begin with a very cosy story in the UNIT format, complete with a grumpy Brigadier. Nevertheless, in The Ark in Space, we get the new producer Phillip Hinchcliffe. Hinchcliffe's first season is a little more consistent than Graham Williams debut in Season 15. Graham Williams began his Doctor Who career with an odd mix of brilliant and poor stories; Hinchcliffe gave us a rather average bunch of serials in Season 12.

Hinchcliffe does not introduce his Hammer horror pony trick in this season, but his interest in horror comes out in The Ark in Space. His distasteful obsession with death, torture and violence comes out very strongly in The Sontaran Experiment and more unpleasant stuff would come in the next two seasons.

Season 12 is very much a returning monster season. This probably reflects the desire to reassure an uncertain audience that the new man really is the Doctor. While the public did take to Tom Baker, the use of returning monsters in this season is on the whole a failure. The Sontaran costume is wrong, the Cybermen are hilarious and the Daleks hardly appear in Genesis of the Daleks.

An old-school UNIT story (just one more for old-times' sake) with a refreshing new Doctor. It's a bit childish, but it's fun.

Remarkably prescient of the Ridley Scott's Alien movie. There is a strong sense of horror in this, but for me it loses impact with every viewing. The Wirrn costumes are poor and Kenton Moore's performance is not nearly as good as some people make out.

Mercifully short. This is a really stupid and pointless story. Our first taste of the Hinchcliffe era's morbid indulgence in violence.

The story that so many fans and non-fans adore. Personally, I don't see the point of origin stories; you know how they will end and they take away room for imagination.

The notion that the Time Lords really would order the Doctor to alter history in this way is rather hard to swallow. Unsurprisingly, the Doctor fails and I have no truck with the idea that a new version of Dalek history results from this story.

Michael Wisher and Peter Miles are great as Davros and Nyder and there are a few moments of great dialogue, but this is otherwise a dull plodding escape and capture sequence. The Nazi visual references are rather banal too.

I read the novelisation of this as a child, before I watched any videos or televised stories. It got me hooked on Doctor Who.

Revenge of the Cybermen is a bit weak on the whole. There is some good dialogue, however and the Vogans are a well designed and conceived alien race. The Cybermen are silly, but they are hilarious. I just love the way the Cyberleader puts his hands on his hips in a scornful gesture!
Posted by Matthew Celestine at 13:34