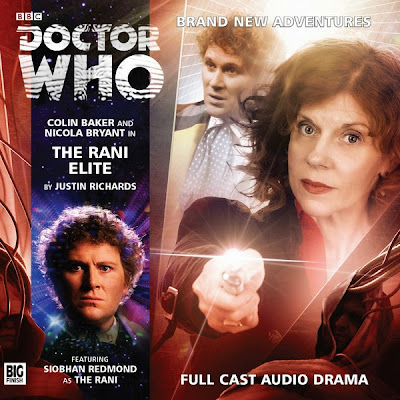 It is perhaps a little surprising that it took Big Finish this long to bring back the Rani, especially given her popularity among a significant segment of Doctor Who fandom. This story was originally written for Kate O'Mara. The great actress sadly passed away before she could make her glorious return and so the story was hastily re-written to allow a regenerated Rani. Big Finish wisely decided to be upfront with the Rani's return and to make it a selling point rather than a surprise.

The new Rani is a post-Kate O'Mara Rani meeting the Sixth Doctor out of sequence. While the script makes mention of the Rani's knowledge of the Sixth Doctor's regeneration, it does not deal with the oddity of an out of sequence Time Lord encounter. The history of the classic series seems quite consistent in always having Time Lord's meet in chronological sequence. It has been suggested that the very nature of TARDISes ensures this. I really wanted to know if there is a special reason why this should happen here. There are of course two ways that they could have avoided an out of sequence Rani story. They could have had Peter Davison meet a pre-Kate O'Mara Rani. I always imagine the pre-Kate Rani/ Ushas looking Indian, but I suppose it would be racially problematic to have an Indian actress playing the Rani. Or is it actually a form of blacking up to have a European actress calling herself the Rani? Which is worse? Alternatively, they could have had the Seventh Doctor encounter the newly regenerated Rani. Evidently, they felt that the Sixth Doctor would work best with the Rani. I think the results show they are right, as the Sixth Doctor and the new Rani spar quite nicely together. She is cool and cold, he is loud and bombastic.

Siobhan Redmond seems a little too in awe of Kate O'Mara to be quite comfortable in the role, but hopefully this will change should she return for future audios. What she brings to the role, other than her Scottish accent, is a cool detachment which probably fits better with the core of what the Rani represents than Kate O'Mara's campiness. Not that I don't love watching Kate being camp and dressing up as Mel, but I think Redmond brings a nice seriousness to the role. Of course, she loses her cool once she is defeated and starts ranting about getting revenge. 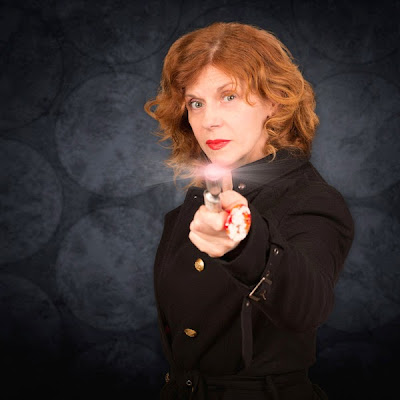 I think perhaps Redmond suffers a little from this story being very much meant for Kate O'Mara. The plot is not that far away from Time and the Rani. To introduce a new Rani, it would have made more sense to have her involved in a more radically different plot than what we have seen from her before. However, you can understand Big Finish working with what they had. Like so much of what Big Finish does, the big fault of this story is its unwillingness to do anything adventurous. This is yet another story where Peri gets threatened with somebody trying to possess her body, with lots of running around and getting captured. However, in spite of this, I still found it genuinely enjoyable.

To my delight this turned out to be a continuity feast that would have impressed even the late Craig Hinton. Along with Speelsnapes, we even get the Deca stuff from Divided Loyalties (so that stuff is canon now!). I punched the air when Dr. Who addressed the Rani as Ushas!

It looks like the Rani gets hauled off to prison at the end. I hope she enjoys having her mugshot taken and getting strip-searched. Hopefully, when she gets tired of being alpha bitch in Stormcage, she can escape and come back for some more misadventures with the Doctor. I genuinely hope we do see more of the Redmond Rani.


Posted by Matthew Celestine at 08:14