Doctor Who for Goths 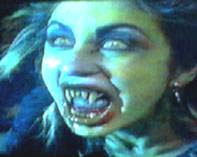 Since the 80s there has been a signficant contingent of Goths within Doctor Who fandom. The Goth subculture is all about non-conformity and the Doctor is the ultimate nonconformist. Your typical true and tragic Goth will probably be just as much a geek as a typical Whovian, loving role-playing games, H.P. Lovecraft and old horror movies.

I can't really claim to be a Goth (though I have been described as one) as I don't dress that way. Black is just not my colour and I have yet to see a Goth wear flip flops. I do have a fair amount of gothiness in my soul. I love Gothic rock bands like Joy Division, Lacrimosa and Faith and the Muse. I love industrial music even more and I am a big Lovecraft reader.

Here are ten Doctor Who stories that are especially for Goths:

1. The Curse of Fenric

A really dark bleak story with a new twist on the old vampire myth. It has a thumping industrial soundtrack. True, not all Goths like industrial music, but there is a certain amount of crossover between the Goth and Industrial subculture.

This story also brings in H.P. Lovecraft (Fenric is an ancient evil deity) and has something of a role-playing game ethos (the Doctor in a cosmic game against the powers of evil).

Season 18 was the beginning of Doctor Who in the 80s. It is in that decade that the Gothic rebellion began. State of Decay is a really Gothic story, the soundtrack, the vampires, the medieval castle and the emphasis on visual style.

Every other fan will disagree with me, but I think State of Decay is much better than all those faux Gothic Hinchliffe stories.

Another Gothic story at the start of the 80s. Visually influenced by the Gothic fairytale movie, La Belle et le Bette, Warriors' Gate gives us a very Gothic looking set.

Warriors' Gate is a tale of despair, tragedy and futility, yet not without hope.

5. The Greatest Show in the Galaxy

As with The Curse of Fenric, there is the Lovecraft and role-playing element. You also have a strange girl who is dressed like an 80s Goth and who happens to be a werewolf.

One for the 'Perky Goths.' This may be colourful, but it has that Tim Burton darkness to it.

The Happiness Patrol celebrates misery and blasts conformity. What could be more Goth than that?

And of course, the title is a reference to a certain dark band whose singer had a tragic fate.

7. The Brain of Morbius

A reworking of Mary Shelley's Frankenstein. Creepy but camp.

The Sisterhood of Karn give us some Gothic exoticism. Dead Can Dance could have given this a great alternative soundtrack for the DVD release.

A dark homage to Hammer Horror films. Extremely bleak. Not a story that I enjoy very much, but dreadfully popular.

Doctor Who turns into a big game of Dungeons and Dragons.

We get hints of the very gothic past of the Time Lords, back in the 'Dark Times.' Despite the sentimental nostalgia, there are some quite dark elements to this story.

Episode three is set in a creepy Gothic castle and features a mock-up version of Bela Lugosi's Dracula. Alone in a darkened room. Undead! Undead! 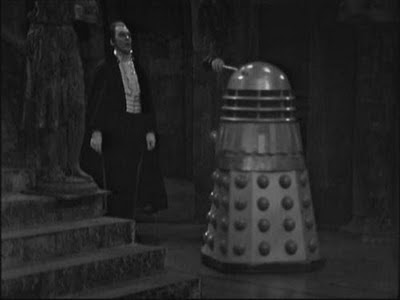 Posted by Matthew Celestine at 08:45