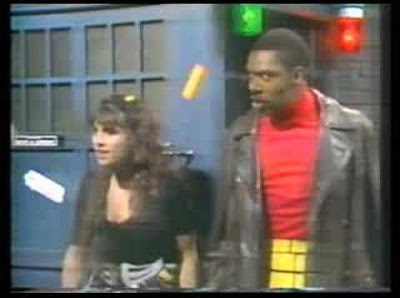 A response to GerryD on TARDIS Musings: You Can't Please All of the People All of the Time...

"I've made my views on the ethnicity of the role clear before. I would only want to see an actor from an ethnic minority if he was the best for the role - but would have serious concerns about tokenism - giving it to a black actor just because there hadn't been one before. Positive discrimination is, well, a different form of discrimination. A white actor would be denied the role because of his colour."

You have to look at the big picture. Women and people from minority ethnic backgrounds are disproportionately represented in key sections of society. This has to be taken into consideration within the selection process.

Suppose the prime minister appointed only white males to the cabinet. He could argue that the people he chose were the best men for the job and that they had the talents he was looking for. However, we would rightly be inclined to be suspicious of this selection and could reasonably protest that there might be women or black members of parliament who possess the talents for ministerial office.

No doubt Peter Capaldi is a brilliant actor and will do great stuff with the role of Dr. Who. However, are there no female, black or Asian actors who could have done great stuff with the role? Gerry says a black actor would have been fine if he was 'best for the role.' Just what does it mean for somebody to be 'best' for the role of Dr. Who? Every single actor who played the lead character has brought something different to it. Troughton's approach to the part was utterly different to David Tennant's. To say that Peter Capaldi was the predetermined choice to be Dr. Who is ludicrous.

Supposing the next Doctor is played by a white man. What if the show should continue for long enough for there to be twenty Doctors, all played by white men (and a line in The Deadly Assassin is not going to stop that). At what point do we start to get uncomfortable about the fact that the Doctor has been played by a string of white men?


Gerry is comparing apples to oranges. Nobody chooses who becomes the monarch. The person next in line succeeds to the throne. When somebody who is black marries into the royal family, we will get a black king or queen. The person who plays Dr. Who, however, has been chosen by the producer with the approval of the BBC. That is a decision. That Moffat has overlooked all the talent present in female, black and Asian actors and sees no problem with every incarnation of the Doctor being white shows just how lacking he is in political awareness. Shame on him.

Posted by Matthew Celestine at 11:31